The Sumerian harp is 3500 years old and has nine strings. The human mind was advanced to invent these strings. Depending on the position, different sounds came out. The strings were made from the entrails of animals and the advanced lyre box, which emits the sound. The discovery was invented in the city of Ur.

The bull’s head represents an offering. There is a second blog that contains music that was played in temples, and folk ensembles containing male and female instrumentalists. The dance was in this situation as a physical state of expression that was imaginary. In truth, the harp is the only real object and all the rest of the details are imaginary. The blog in cuneiform contains a series that includes the possibility of tuning the harp. The base is made of lead, the rest is made of wood and mother of pearl. A person’s clothes are like those of that time, and the woman with her soft lines and swing describes the women of all times.

The circles contain other people and describe a memory tape that takes us from place to place, up to the time of the Modern. This shows us several historical projections. The people in the center and outside the circle are contemporary modern people, and the circle thus creates a slow motion so that the people are in a state of weightlessness.

The child with the balloon symbolizes life and the expected joy and the coming surprise. The color white represents light and luminosity, which essentially shows the aesthetics of other colors. The color gray represents neutral graphics and purple is a sacred color found in icons (in the Byzantine icon). The dance is a movement and the circle is a movement. Each time we look at the painting, it takes us to another place and the painting renews itself in each new look. The painting was painted on black, and the brightening begins as a journey from darkness to light, and violet is one of the stages of these colors.

For more information visit our shop 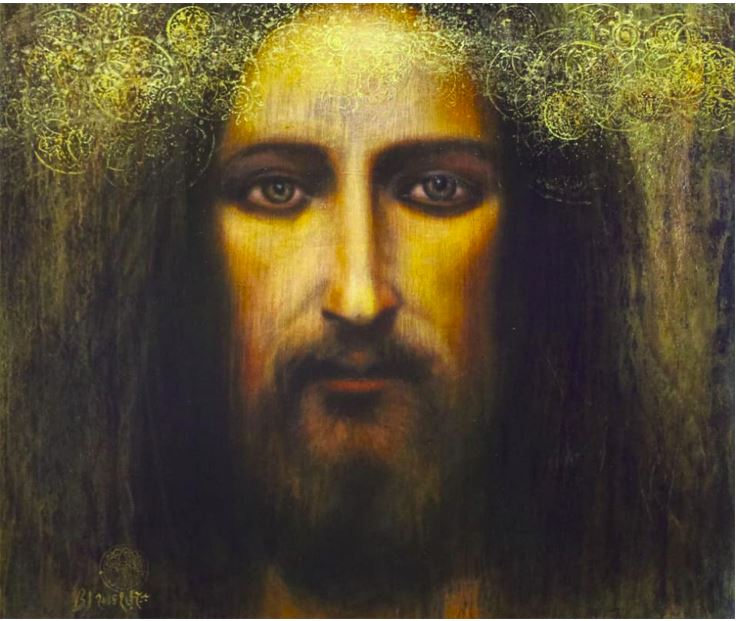 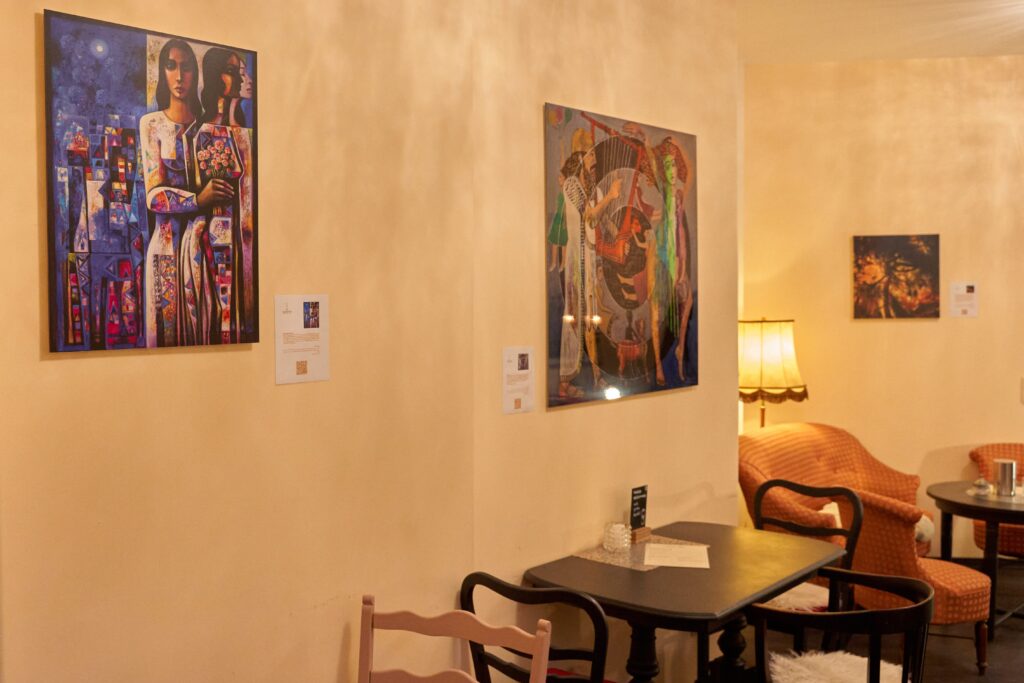 Everyone smiles unconsciously when mentioning the name of their country.

What are you looking for?